IRS Encourages Taxpayers Who Missed the Deadline to File 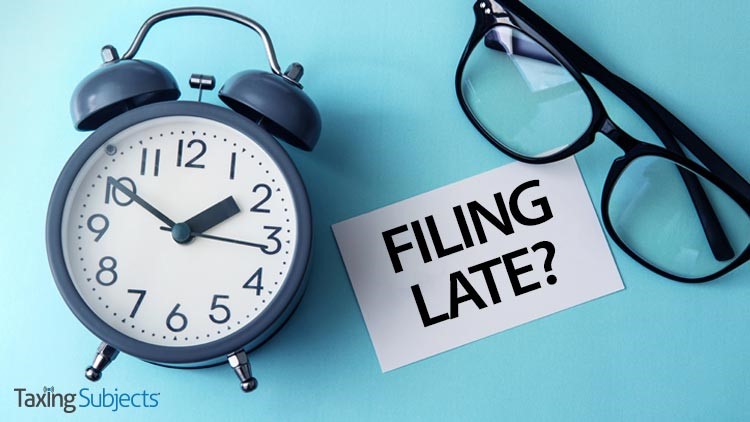 The deadline for filing income taxes came and went on May 17, but that’s no reason to think the filing door is completely shut.

Taxpayers who owe tax due but didn’t request an extension should file now to keep their penalties and interest to a minimum. Even if taxpayers don’t owe tax due, it’s still in their best interests to file sooner rather than later.

No file, no refund …

Taxpayers don’t face a penalty for filing after the deadline if they’re due a refund. But they can’t get their refund if they don’t file. For those who missed the filing deadline, it’s best to file as soon after the deadline as possible.

E-filing through a trusted tax professional is a fast, efficient way to get it done.

If a taxpayer expects to owe tax due, another set of considerations come into play.

In a perfect world, taxpayers should file a tax return or ask for an extension, and pay any tax they owe by the deadline, avoiding penalties and interest.

Getting an extension to file, of course, has no bearing on any tax due; that’s still due by the tax deadline. In this case, it was May 17. So, penalties and interest now apply, and only get more expensive as more time goes by.

So, by filing now, those taxpayers will wind up paying less in penalties and interest. the IRS has helpful information for taxpayers who owe the IRS, but can’t afford to pay.

The IRS ordinarily charges 5 percent of the tax owed for each month—or part of a month—that a tax return is late. This formula is used for filing up to five months after the due date. The total penalty, the IRS says, will be reduced by the amount of the failure-to-pay penalty for any month where failure-to-file and failure-to-pay penalties both apply.

Wait more than 60 days to file and pay, though, and things go from bad to worse. The minimum penalty is either $435 or 100 percent of the unpaid tax, whichever is less.

The penalties stack up quickly so it’s important to file and pay as much as possible—as soon as possible—even if the taxpayer can’t pay the entire tax bill at once.

Interest is charged on tax and penalties until the balance is paid in full.

The interest rate is updated regularly, so it’s subject to change.

IRS.gov/penalties has more information about how penalties are assessed.

A taxpayer’s history can make a difference when it comes to penalties. The IRS says those who have a history of filing and paying on time often qualify for penalty relief. Usually, taxpayers can qualify if they’ve filed and paid on time for the previous three years and met other requirements.

The first-time penalty abatement page on IRS.gov has more information on how to qualify.

Some still have time

The IRS also points that some taxpayers still have time to file, even if they didn’t file an extension:

Taxpayers who filed paper returns may have delays in seeing their returns processed, since the IRS processes paper returns in the order they are receive—and the agency says COVID-19 is still causing delays. That said, those who already filed a paper return should not file a second return or call the IRS to try to skip the line.

As for just how long it takes to get the refund, ninety percent are sent within 21 days. But returns that need “additional review” obviously take longer.

Pay as soon as possible to avoid penalties and interest

Taxpayers who owe tax due should consider paying what they can now. The fastest way to pay is through IRS Direct Pay, with a debit or credit card, or to apply online for an IRS payment plan (including an installment agreement).

Source: With the May 17 deadline in the past, file taxes now to get refund or cut penalties and interest